After coming up against a high level of competition, we are pleased to announce that we won the Medilink South West - Life Science & Healthcare award for Export Acheivement.

The award ceremony was also attended by GP, broadcaster and comedian Dr. Phil Hammond. To find out more click on the link below

Kemdent won for the second year running, the FMC Dental Industry Award for Exporter of the year 2016.

The awards took place in London on the 18th November 2016. Kemdent were also finalists at the FMC Awards for Outstanding Business of the year (more than 25 employees) and Team of the year.

Well done to the hard working Kemdent staff and congratulations to the other FMC Dental Industry award winners. 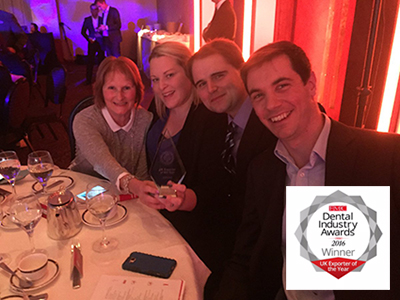